The World of Robotics met in Freiburg 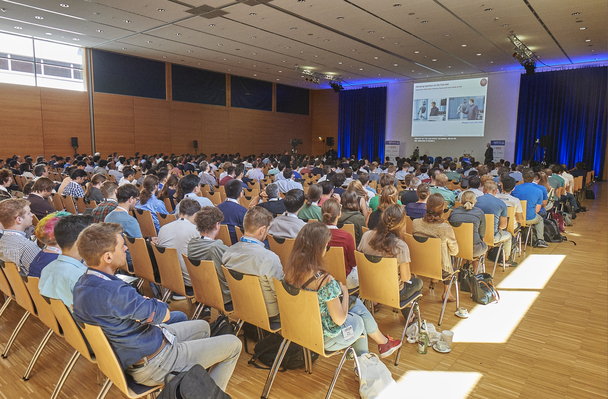 Over 700 international researchers attended one of the most highly ranked robotics conference in Freiburg, which showcased the latest trends and developments in robotics.

Between June 22 and 26 the international conference Robotics: Science and Systems 2019 took place at the University of Freiburg with more than 700 researchers attending from leading scientific institutions around the world. The local host was computer scientist Prof. Dr. Wolfram Burgard, speaker for the BrainLinks-BrainTools Cluster of Excellence at the University of Freiburg, Vice President for Automated Driving Technology at Toyota Research Institute (TRI), and President of the IEEE Robotics and Automation Society, the largest international association for robotics.

“We were able to attract world-leading scientists who presented their latest results of their research.” Wolfram Burgard explains in an interview.

Among the highlights were Prof. Robin Murphy’s talk, who reported on robots that provide assistance in disasters or the presentation given by Prof. Martin Riedmiller, who works on artificial intelligence at the Google subsidiary Deep Mind and presented new approaches to machine learning. Prof. Koichi Suzumori presented spectacular applications of autonomous muscles and Prof. Alessandro De Luca gave a fantastic presentation about the most advanced methods for robot control.

The conference started with workshops which took place at the Faculty of Engineering and allowed for an in depth exchange on various topics including space robotics, shared autonomy with robots, neurorobotics or women in robotics and several others. The main conference itself featured single track sessions with spotlight talks, key notes and poster sessions. The Messe Freiburg provided a great venue for this event and its major industrial partners such as Bosch, Toyota Research Institute, and Siemens, who presented their newest applications in industry robotics, transportation or home appliances to the international audience.

The german tech magazine Heise reported on some of the developments in robotics and AI presented at the conference:

“The feedback was overwhelming. The many international visitors from 32 countries enjoyed the high quality of talks and the conference venues. Freiburg is a great place to host such a big conferece and people were happy to be discovering a welcoming and modern city,” says the manager of the cluster of excellence BrainLinks-BrainTools Bettina Schug. She led the organization team at University of Freiburg. It was only the second time this conference in Germany and Freiburg turned out to be a fantastic choice.

Have a look at the conference webpage to get an impression about the great event!