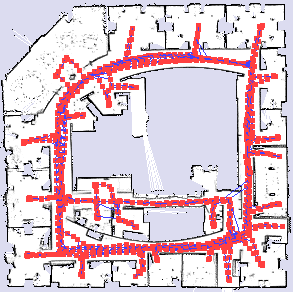 Outstanding in the field of robotics

Wolfram Burgard, speaker of Brainlinks-BrainTools, has been identified by AMiner as the most influential scientist in robotics on a worldwide level.

The basis for the evaluation are the citations of publications in the proceedings of the two largest conferences in robotics, which are ICRA and IROS. The work of Wolfram Burgard presented at theses conferences in the past ten years has been cited 9597 times, which is the highest number for all researchers worldwide.

Also to be mentioned: Among the 100 nominees were additional six former members from the University of Freiburg!