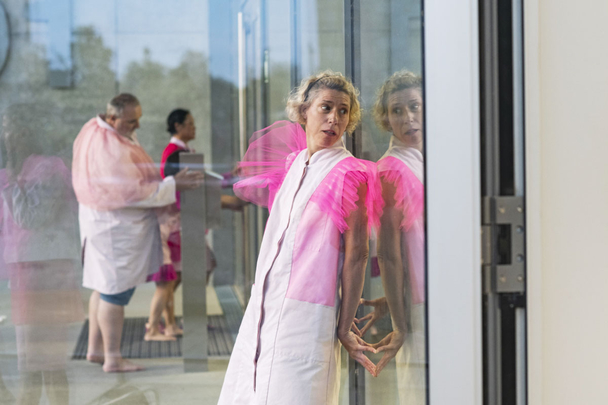 The evening starts with the premiere of "NeurOper", a musical intermezzo by Community Oper Freiburg e.V. in cooperation with researchers from BrainLinks-BrainTools and the profile field "Neuroscience and Neurotechnology" of the university of Freiburg. In an exchange on research texts, scientists and amateur as well as professional artists developed an opera about processes in the human brain.

The performers of Theater Zerberus then lead the visitors into the world of science fiction, artificial intelligence and robotics. In the interactive live radio play grotesque "What do you call a boomerang that doesn't come back?" a special unit of AI systems - which have meanwhile taken over the world - explores the question of what the phenomenon of human humor is all about. The evening will end with DJ Titus and the "Nu Disco".

With the NEXUS Lab hosted by NEXUS Experiments, the IMBIT becomes a lively place for dialogue between science and society. In addition to co-creative formats of participation-oriented communication of science, opportunities for participatory research of human-technology interaction will be created. Whether assistive robotics, artificial intelligence or neurotechnology: The Nexus Lab enables the exploration of the multifaceted interaction of humans and technology under realistic conditions and in cooperation with researchers, developers, citizens (Citizen Science) and, in special formats, artists.

NEXUS Experiments is an open platform for community-based participatory research and mutual knowledge transfer between scientific and non-scientific actors with the aim of exploring and reflecting on the societal implications of research and technology. The platform is hosted by the BrainLinks-BrainTools Center of the University of Freiburg and the Human-Technology Interaction Lab of the University Hospital Freiburg.