Two at one sweep! 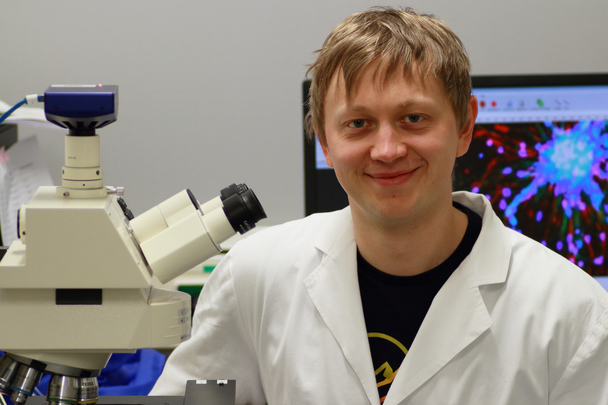 The Bernstein-CorTec Award honors outstanding scientific achievements in the field of Computational Neuroscience and Neurotechnology. The prize is awarded annually alternating for Doctoral or Master theses. The Thomas Bayes Young Investigator Award recognizes outstanding theses (master's theses, doctoral dissertations) in the field of data analysis and modeling in the life sciences. In 2022, both prizes are awarded to Dr. Artur Schneider for his Doctoral thesis on the topic: "Toolbox for the Analysis of Motor Dynamics during Unrestrained Behavior".

Movement is our most important means of interacting with our environment. To study the neuronal processes underlying movement, neuroscientists often take the reductionist approach of reducing the behavior under study to a few controllable factors. However, this also limits our ability to understand the natural dynamics of movement. Therefore, there is an effort in neuroscience to study neuronal processes in more natural settings and under free movement conditions. In addition, many scientific instruments for electrophysiology and optogenetic modulation were originally developed for acute experiments and now need to be adapted for chronic, free-motion use.

In his work, Artur Schneider developed several complementary tools to study neuronal processes. Next to the development and characterization of different multifunctional techniques combining electrophysiology and optogenetics, Dr. Schneider elaborated a novel method for virtual head fixation, which is based on the also newly developed tracking system FreiPose. Using these developments, he was able to show that a much larger proportion of neurons in the motor cortex are tuned to anterior limb movements than originally described. This tuning was previously masked by the influence of body posture information.

In his work, he concluded that measuring movements without constraints is an essential step toward understanding the underlying neuronal dynamics. When accurate descriptions of ongoing behavior are incorporated into computer models of neuronal activity, motifs of neuronal population activity related to sensorimotor integration and decision making can be extracted.

About the prizewinner: Artur Schneider performed his work in the laboratory and under the supervision of Prof. Ilka Diester (https://www.optophysiology.uni-freiburg.de/).

After his PhD on September 30, 2022, Artur Schneider has started a postdoctoral position in Prof. Diester's lab and is now working on the neuronal basis of flexible behavior in the prefrontal cortex using his new methods. This project is part of the DFG Research Group 5159 entitled "Resolving prefrontal flexibility".