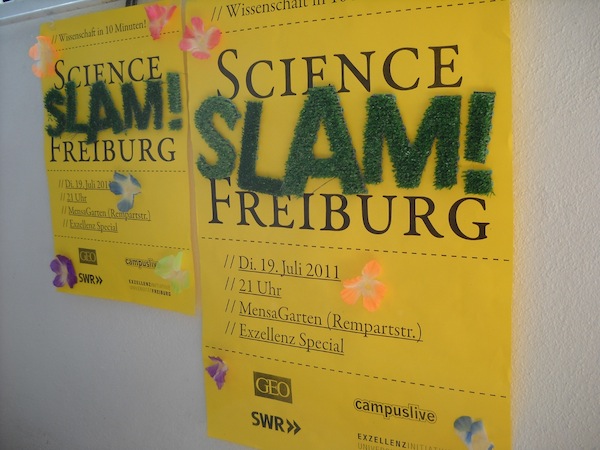 Explaining your field of research to a general audience within ten minutes, staying accurate while at the same time entertaining and being better than your fellow contestants - this is the daunting challenge for the participants of the Science Slams. These events have become increasingly popular, and since its introduction to Freiburg last year, the evenings were always sold out.

This summer, the organisers of the "MensaBar" cooperate with the University of Freiburg and the university's Excellence Clusters to present a special edition with contestants from the Excellence Initiative - and the new proposal, BrainLinks-BrainTools. PhD student Slawomir Grzonka from the Department of Computer Science will represent the new initiative.

The event will take place in the "Mensagarten" next to the "Mensa Rempartstrasse" at the city centre campus. In case of bad weather, it will be relocated to the Mensa itself.